Since September 2013, Damilano winery host inside its complex one of the most renowned Piedmontese restaurants: Massimo Camia Ristorante.

Massimo Camia, undisputed talent in the top level restaurants, is the director and the chef, helped by his wife Luciana.

The Massimo Camia Ristorante, elegant and bright with tables that are well far-between is on the first floor of the cellar and the big windows from which one can see the beautiful hills covered with vineyards, as a marvellous painting of the Langhe.

Massimo Camia, who got his Michelin star in 2001, is often considered a chef linked to tradition, but in his new menu there is ample space for dishes that are linked to the territory but re-interpreted in a personal and very innovative manner. 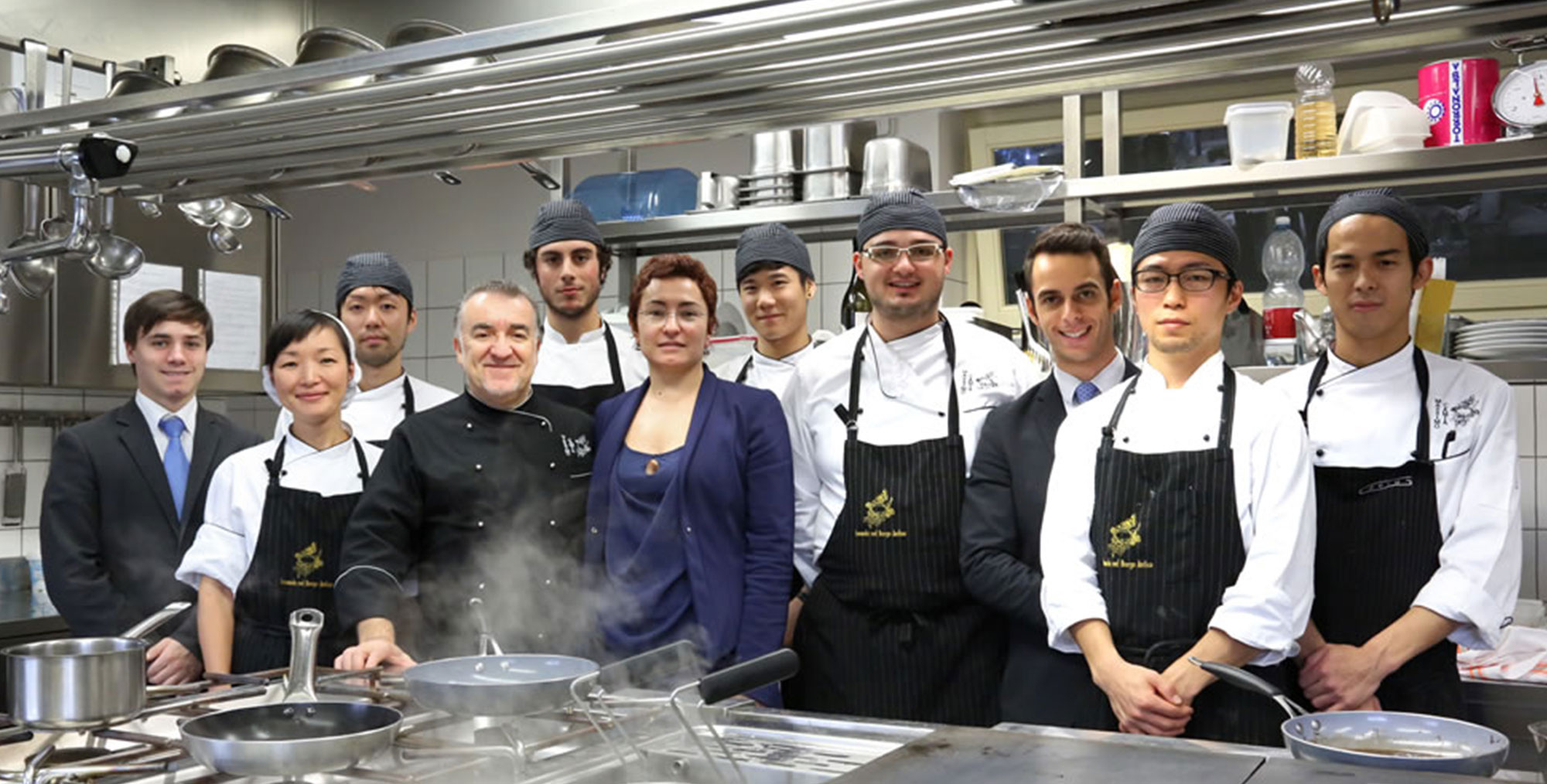